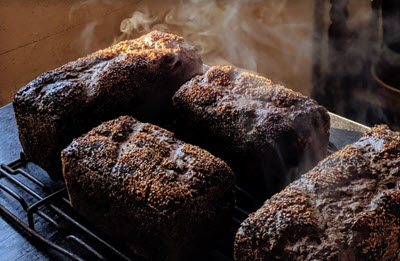 When we moved to Far North Queensland in 2012 we made a deliberate decision to shift ourselves into the local economy, seeking our livelihood, social connections, and communal purpose within a day's drive of our home.

This has been a huge challenge (that continues!), requiring us to make significant adjustments on many fronts. It has been deeply rewarding too. We find our feet a bit more each year now, and are beginning to settle into the rhythms of the place.

The torrent of high-speed projects for heavy clients in the capitol cities has been throttled right back to a mere trickle. I still answer the phone and will consider a contract if I can bring the right value proposition to the table.

BoaB is directed by John Brisbin. John came to Australia in 1994 after several years as new media developer for Sony Learning Systems in Japan. He was the first employee at Sydney-based internet startup Social Change Online in 1995.

Over the next 5 years he was the principle Solutions Architect for a wide range of government and NGO projects including the first NSW State of the Environment report, foundation sites for the Nature Conservation Council of NSW and development of the youth suicide prevention site ReachOut!

In 2003 he earned a Masters AppScience, majoring in Organisational Development and Complex Systems Theory through the Social Ecology program under Prof Stuart Hill at University of Western Sydney.

He moved to Alice Springs in 2004 for a 2 year posting as Coordinator of the community-based Arid Lands Environment Centre. In 2006 he was recruited to be the first Board-appointed CEO of the Natural Resource Management Board NT, based in Darwin.

In 2007 he joined BoaB interactive (based in Townsville) to lead the development of a semantic web division. Following corporate re-organisation John acquired the company in 2008, taking on the responsibility of Managing Director.

In 2012 he and his small family settled in Mount Molloy, Far North Queensland where he serves on a number of community organisations.

John works with a wide range of contract specialists based in Australia and abroad. Each project is considered on its requirements and the appropriate mix of skills are secured. John is always the solution architect and responsible project manager. He also delivers much of the server set-up, Drupal installation/configuration, and content cleansing.

The skills that BoaB typically send out to specialist subcontractors include:

We have a network of over 20 skilled contractors available for these tasks and are confident that we can put together the right team for any suitable project.